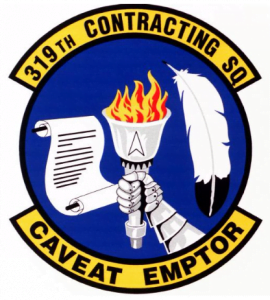 Charles Mahoney sets out to answer the question “why do some markets for private defense services function efficiently while others are characterized by companies that regularly underperform and shirk their obligations?” (31) This is a puzzle with clear policy implications for governments around the world who may want to efficiently utilize private military and security companies (PMSCs).

More than just answering that question, Mahoney is interested in building theoretical explanations that serve as the basis for future academic work on PMSCs. To do this he uses the building blocks of market structure and a principal-agent framework. His central argument is that…

Charles Mahoney sets out to answer the question “why do some markets for private defense services function efficiently while others are characterized by companies that regularly underperform and shirk their obligations?” (31) This is a puzzle with clear policy implications for governments around the world who may want to efficiently utilize private military and security companies (PMSCs).

More than just answering that question, Mahoney is interested in building theoretical explanations that serve as the basis for future academic work on PMSCs. To do this he uses the building blocks of market structure and a principal-agent framework. His central argument is that “differing market structures have significant effects on principal-agent dynamics in the private defense industry” (41). Mahoney is particularly clear in setting out the thinking behind his methodological choices and the steps he took in formulating his theory. This article provides a model for graduate students who are grappling with the relationship between issues, methodologies, and building theory.

Mahoney’s conclusion is novel, and challenging to standard economic assumptions that equate a competitive market with the best outcomes, since he judges that the best market structure is a monopsony, or a buyer’s monopoly. His explanation is that in a market where there is only one buyer but several sellers, the principal has significant leverage over the agent (who cannot shirk responsibilities because of that dependence), leading to maximum efficiency. In his view the problem with competitive markets is that “the rapid formation and dissolution of PMSCs will result in higher rates of adverse selection due to information asymmetry” (31). More than that, firms can shirk their contractual responsibilities because there are other buyers, so principals lack leverage to enforce performance. The way he builds to this interesting conclusion is a good example of middle-range theory construction.

In his survey of the academic landscape, Mahoney is quick to point out that much of the literature on PMSCs is descriptive. What theory there is comes from critical scholarship assessing how the use of private military companies “alters the political economy and meaning of global security,” for example, Anna Leander’s work in the mid-2000s and Carolyn Gallaher’s more recent work.[1] He concludes that the field is “under-theorized and consists largely of conceptual work” (31). The reasons for this soon become clear; there is a dearth of information on PMSCs when compared to other well-plowed fields in international relations, so theory building is difficult.

Mahoney categorizes the existing literature on PMSCs in terms of the assumptions it contains about the shape of the market. He divides it between scholars in the late 1990s, who regarded the market as competitive and global; a subsequent wave of scholarship positing that the United States’ major role in the market had created a monopsony; and a recent number of works which see a diverse number of markets served by a variety of PMSCs offering a broad range of services.[2] However, the last category of scholarship is in some senses going ‘back to the future,’ since the first writings on PMSCs actually discussed the varied markets and various firms emerging in post-Cold War Africa.[3]

The lack of a substantial data set and the relative paucity of information forces Mahoney’s hand in terms of the methodology he uses to build his theory.[4] He uses two academic building blocks: principal-agent theory and economic market structures to assemble his theory. The bulk of the article is a careful discussion of the likely effects of different market structures on the progress of principal-agent relationships through four standard contract phases: screening, negotiation, monitoring, and sanctions (38-40). The market structures he examines are: monopsony; oligopsony, where there are a small number of buyers; competitive market; oligopoly; and monopoly. The first two and last two market types are considered together, as the effects on principal-agent relations are similar. The implications for the principal actor of each type of market structure are considered for each phase of the contracting relationship.

In market conditions of monopsony/oligopsony the principal experiences few difficulties in screening potential PMSCs since they are known quantities, and in contract bargaining the principal has leverage as one of very few buyers and can successfully monitor activities as the PMSC needs to please them to ensure continued business. Should a firm shirk its responsibilities and sanctions be applied, the principal has other firms it can turn to.

By contrast, in a competitive market, screening by the principal is adversely affected by informational shortcomings about the shifting range of PMSCs that lead to high possibilities of selecting the wrong provider, by the fact that the principal does not have the upper hand in negotiations that are determined by what happens in the marketplace, that monitoring is difficult given the changing array of PMSCs, and that shirking is also more likely. Firms can be sanctioned, and reputational effects will weed out underperformers.

That said, in a market where firms make and re-make themselves with regularity, reputational effects may lag the firm’s evolution. To give a notorious example, Tim Spicer’s[5]various corporate vehicles have included: Sandline International (1994-1999), Crisis and Risk Management (2000), Strategic Consulting International (2001) and Trident Maritime (2001), and finally Aegis Defense Services (2002-2010). This evolution kept Spicer ahead of some of the reputational effects generated by the performance of these firms.

In markets characterized by oligopoly/monopoly, principals experience few problems in screening PMSCs, though the firm does have leverage in contract negotiations. Principals are able to effectively monitor performance by repeat contracting, though the lack of competition may encourage shirking, and the market structure makes effectively applying sanctions difficult.

In his final phase of theory building Mahoney uses secondary source-based case studies to look at three different market structures and see how his theories play out. He illustrates a monopsony with the case of the U.S. market for intelligence services (45-49), where the specialized and secretive nature of the activity limits the number of firms able to provide services to a single principal. His competitive market case study examines the U.S. commerce in close protection and static security services, where buyers and sellers are plentiful (49-53). Finally he illustrates an oligopoly with the case of the U.S. market for logistics and base operations where the PMSCs that can do this work are very limited (53-56). Mahoney’s selection of three different market structures all involving U.S. security is an excellent demonstration of the variation there can be – even with the same principal actor.

Some developments among PMSCs do somewhat increase the manageability of the principal-agent relationship even in competitive markets, specifically the trend towards consolidation through mergers and acquisitions. For example, major U.S. defense firms have increasingly ‘bought in’ to the lucrative U.S. markets for various services, potentially enabling the government to screen contract offers more effectively. Considering whether there is a more general trend toward PMSC consolidation could be helpful. This suggests that future theory building might chose to also include assessing the maturity and stability of the market forms under consideration.

In his concluding thoughts Mahoney considers the policy implications of his finding that monopsony is the ideal market form: “This conclusion implies that governments should strictly regulate and limit the contracting behavior of PMSCs – in effect shaping private defense markets—in order to make firms largely dependent on the state” (59). While that is the logical consequence of his arguments, in the real world of U.S. policy-passing and enforcing such regulations would be a challenge of significant order.

Joanna Spear is a Research Professor and Director of the Department of Defense funded FAO Regional Sustainment Initiative at the Elliott School, George Washington University. She is also a Senior Associate Fellow at the Royal United Services Institute in London. Her current research concerns state-firm relations in the defense market and U.S. arms export control policies.

[3] See, for example, Jakkie Cilliers and Douglas Fraser (Eds.), Peace, Profit or Plunder? The Privatization of Security in War-Torn African Societies (Pretoria: Institute for Security Studies, January 1999) and Damian Lilly, “The Privatization of Security and Peacebuilding: A Framework for Action,” International Alert (September 2000), at: http://www.sandline.com/pdfs/privsec.pdf.

[4] Though there is a data set on PMSCs used in Failing States. See Željko Branović, “The Privatization of Security in Failing States: A Quantitative Assessment,” Geneva Centre for the democratic Control of Armed Forces (DCAF) Occasional Paper No. 24 (April 2011).