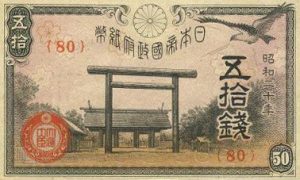 In “Dangerous Days: The Impact of Nationalism on Interstate Conflict,” Gruffydd-Jones focuses on national days to examine the effect of nationalism on interstate violence. In brief, Gruffydd-Jones claims that national days lead to an increase in international conflict. Gruffydd-Jones posits that national days, with their displays of national symbols and activities such as military parades, increase the salience of national identity among the public and offer greater mobilization opportunities for domestic activists and right-wing nationalist groups. Gruffydd-Jones lays out three potential pathways by which heightened nationalistic sentiments and nationalist mobilization on national days can lead to an increased chance of military aggression between states. First, hawkish leaders may take advantage of the domestic atmosphere of a national day to advance their own existing international agendas, intentionally taking confrontational foreign policy action during the period around it. Second, a domestic surge in nationalistic sentiments and the mobilization of nationalist groups may put pressure on non-hawkish leaders to unwillingly take more aggressive action that culminates in international conflict. Third, pressures from nationalist groups may also lead to provocative actions from a target state, which can result in a downward spiral of tension and belligerence.

Using the Militarized Interstate Disputes (MID) data and data on national days from 1992 to 2010, Gruffydd-Jones tests the relationship between national days and conflict. Specifically, Gruffydd-Jones selects one primary national day per country, mostly Independence Days, and estimates a series of logistic models, controlling for the time of the year. Gruffydd-Jones finds that interstate conflict is more likely in the thirty and sixty days following national days than at other times of the year and that this effect is more likely to occur when states are the initiator of conflict or when they have revisionist aims. Gruffydd-Jones further shows the findings are robust to regime type and other alternative specifications of the models and that non-national public holidays do not have such an effect. Gruffydd-Jones then illustrates how national anniversaries in Japan and China increased tensions between the two states, focusing on two issues—Japanese Prime Minister Junichiro Koizumi’s visit to the Yasukuni Shrine in 2006, and the territorial dispute between the two states over the Senkaku/Diaoyu Islands in 2012.

This article makes a major contribution to our understanding of how nationalism influences state interactions in international relations. Gruffydd-Jones carefully lays out how national days can increase the chance of interstate conflict step by step, providing a coherent theoretical framework.

The empirical evidence that Gruffydd-Jones offers is particularly valuable, as there is very little empirical research that examines the effect of nationalism at the cross-country level in the literature.[2]

As Gruffydd-Jones rightly points out, national days are likely to mark a high point of nationalism during the year, but there are several additional points that we should consider to more accurately understand the dynamics of national days. First, it is important to note that the same national days can convey different meanings and be celebrated in different ways across different time periods. National identity is deeply rooted in a nation’s history and culture, but it is not static and is in fact open to manipulation by political elites.[3] In other words, the meaning of national identity can evolve and change over time, and how national days are celebrated can also vary accordingly. During the Cold-War period, for instance, the Chinese government emphasized a “victor narrative” in its construction of national identity: under the leadership of the Chinese Communist Party (CCP), “Chinese people overcame the difficulties and won national independence.”[4] However, after the Tiananmen incident and the end of the Cold War, which led to the demise of communist ideology and a subsequent legitimacy crisis for the regime, the victor narrative was replaced with a “victimization narrative”, which emphasized “a century of humiliation” and China’s suffering at the hands of Japan and the West.[5] This new national discourse led to a different tone of celebration on national days, thereby likely stimulating very different kind of nationalistic sentiments. For instance, in 2015, during the months in which major Chinese war anniversaries are celebrated (July, August, and September), “national humiliation” was mentioned 48 times in People Daily, the mouthpiece of Chinese Community Party, whereas it was mentioned only one time during the same months in 1960.[6] Understanding this malleable nature of nationalism is important, because, as recent studies show, nationalism has different shades and layers and not all types of nationalistic sentiments are conflict-prone.[7]

Second, Gruffydd-Jones emphasizes the role of domestic activists and nationalist groups, presuming that their messages are more likely to resonate with the general public on national days. Yet, it is also worth noting that nationalist messages from activists and right-wing groups can sometimes backfire and lead to a counter-movement among the public. For instance, after Japanese Prime Minister Koizumi visited the Yasukuni Shrine on 15 August 2006—the Japanese national anniversary of the end of the World War II—to placate nationalist groups, “more than 1,000 people marched in Tokyo to protest against such trips, and others staged candlelight vigils.”[8] Whether the nationalist groups’ messages resonate with the public seems to depend on the presence of underlying grievances among the public that can be readily exploited. In Poland, for instance, nationalist groups’ message emphasizing “ethnic purity” did not catch the Polish public’s attention on its Independence Day in the early 2000s, when immigration issues were not pressing. Yet the same message had a powerful appeal in more recent years, which led to massive nationalist protests by the public on the national day.[9]

Although the large-N analysis shows a robust correlation between days immediately following national days and the occurrence of militarized interstate dispute, the case study of national anniversaries in Japan and China begs more questions about the effect of nationalism on conflict and the causal mechanisms at play, rather than providing clear-cut, unambiguous evidence. Most notably, as Gruffydd-Jones acknowledges, there have been no serious cases of military aggression between China and Japan since the World War II, despite the occasional surge in nationalism. Looking at how national days increase nationalism in these two countries and how heightened nationalistic sentiments sometimes increase tensions between the two is informative, but it does not illuminate how national days actually lead to interstate conflict, which is the key outcome variable of the article. True, international tensions may have the potential to escalate, but they are not the same as the militarized disputes, interstate conflicts, and wars that international relations scholars are primarily concerned with.

In fact, the cases of both the Yasukuni Shrine and the Diaoyu/Senkaku Islands, on which Gruffydd-Jones focuses in the article, show how heightened nationalistic sentiments on national days could be well-managed by states to avoid precipitating a serious military clash. Japanese leaders never played up the Yasukuni Shrine visits to the extent that they triggered military action by China, and as Gruffydd-Jones well describes, the Chinese government mostly took diplomatic, not military, measures in response to the visits. The diplomatic row over the Senkaku/Diaoyu Islands in 2012 also never turned into armed conflict. Gruffydd-Jones is right to point out that nationalistic sentiments spiked to its highest point on the anniversary, but the Chinese government chose to curb the nationalistic fervor instead of appeasing it by taking unwanted belligerent action. Around the anniversary, the number of news items that covered the dispute and the time that the state-controlled media spent reporting the issue drastically decreased and the media instead started to cover the potential harmful effects of the ongoing turmoil on Sino-Japanese economic ties.[10] In addition, as Gruffydd-Jones mentions, “government censorship of the dispute was high over the anniversary weekend” (726). The Chinese government also began to disperse protesters around the time of the anniversary.[11] This suggests that if leaders do not have hostile intentions in the first place, as in this instance, they may be able to manage heightened nationalistic sentiments by employing a variety of means, not just costly hard repression, and may decide not to take military action.  In fact, Gruffydd-Jones also concludes that the case study shows that “spikes in nationalism are not an automatic recipe for war” (717-718). This raises a more fundamental question for future studies: what other factors can make national days dangerous enough to provoke militarized conflict and war?

With regard to the statistical analysis, the article could have done better in providing more basic information. The unit of analysis is not explicitly stated in the article, but it is the country–day.[12] This choice needs some justification, as Gruffydd-Jones’s key intuition about national days and interstate conflict can be tested using a different unit of analysis, such as the country–month (e.g., ‘interstate conflict is more likely in the period following a month in which a national day is celebrated’). The selection of day as the unit of analysis increases the number of observations, which is likely to increase the chance of finding statistically significant results. Some other pieces of information that could have been useful but are missing in the article are how many countries are in the dataset and the list of the primary national day and the non-national public holiday that Gruffydd-Jones chooses for each country in the main analysis and in the robustness checks. Gruffydd-Jones operationalizes national days as the days that include “widespread public use of national symbols and references to the nation” (710) and notes that for most countries, this primary national day is a country’s Independence Day. However, little information is given for other countries in which other national days are selected. These pieces of information would have helped readers better understand the statistical findings.

Jiyoung Ko is a postdoctoral fellow at the Notre Dame International Security Center (2017-2018). She received her Ph.D. in Political Science from Yale University in 2017, and she will join the faculty of Politics at Bates College in 2018. Her research interests focus on how and to what extent nationalism shapes interaction between states in both international security and political economy issues.  She is currently working on a book project that examines the effect of popular nationalism on interstate conflict.

[6] This was counted using a full-text database of People’s Daily, available at https://www.oriprobe.com/PeoplesDaily_SternCopyrightWarning.shtml.

[12] This can be inferred from the number of observations in the analysis.  I also confirmed it with the author.