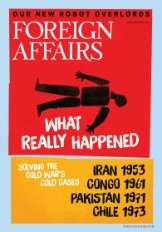 In his recent Jack Ruina Nuclear Age lecture at MIT, Robert Jervis – arguably our most important scholar of nuclear dynamics – reminded his audience how little we actually know about the influence of nuclear weapons. “Their impact on world politics is hard to discern.” Everywhere one looks, Jervis pointed out, there are puzzles that remain stubbornly immune to definitive answers. Would the Cold War have happened at all without nuclear weapons, or would it have unfolded in much the same way? Do nuclear weapons stabilize international relations or make the world more dangerous? Why don’t more countries have nuclear weapons? Why did American decision-makers pursue strategies and deployments that seem to have disregarded the fundamental insights scholars had proposed about the meaning of the nuclear revolution? Why is this gap even larger when you look beyond the United States to the eight other nuclear-weapons states? Were scholars prescribing when they thought they were describing? Did the nuclear balance matter, and if so, when and in what ways? Were all conflicts between nuclear states in some sense nuclear wars? What role did credibility play in nuclear politics, given that deterrence is based on a threat to use nuclear weapons few actually believed? Perhaps most importantly, how have our ideas about nuclear weapons changed over time, and how have these changes affected the realities of nuclear weapons? Jervis’s remarkable meditation was a pointed reminder that we lack certainty on these issues, and must be humble in our efforts to understand these terrifying, horrific weapons. The great challenge for scholars is “to recapture the strangeness of the nuclear world.” 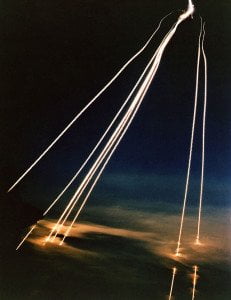 Over the past decade, two intellectual renaissances have emerged in the field of nuclear security studies. The first is in political science, where exciting new research has been published about such important subjects as the causes of nuclear weapons proliferation, the linkages between the growth of civilian nuclear power and the spread of nuclear weapons, deterrence and compellence theory and practice, and the consequences of new states acquiring atomic arsenals. A second renaissance is occurring in history, as new archives have opened up and scholars are studying such important subjects as Cold War crises, the evolution of international institutions such as the Treaty on the Non-Proliferation of Nuclear Weapons (NPT) and the International Atomic Energy Agency (IAEA), and the history of medium powers and smaller states that decided to pursue or decided to stop pursing nuclear weapons.

Andrew Preston and Gordon Goldstein provide two very different looks at National Security Advisor McGeorge Bundy’s role in the decision to escalate America’s war in Vietnam.  Preston hones in on Bundy’s Cold War worldview, inherited largely from his mentor Henry Stimson, and his efforts to concentrate power in the National Security Council, which put him in a critical if not decisive position to shape U.S. policy towards Vietnam during the years in which Washington made the decisions for war. In doing so, Preston challenges what he sees as too great an emphasis on presidential decision-making in extant literature on the war’s escalation. Goldstein, on the other hand, working largely from interviews and conversations conducted with Bundy just before the latter’s death, writes a sympathetic account of Bundy’s involvement in the war’s escalation. While certainly not uncritical, Goldstein’s conclusions often align with Bundy’s, especially in highlighting the paramount responsibility of the commander-in-chief to accept or reject his cabinet’s advice and make decisions for war or peace unilaterally.  Goldstein’s contribution, it seems, is less in explaining why Bundy advocated the policies he did or even the weight those recommendations carried with the president, and more in illuminating how the former national security advisor made sense late-in-life of his involvement in the critical decisions to wage war in Vietnam.