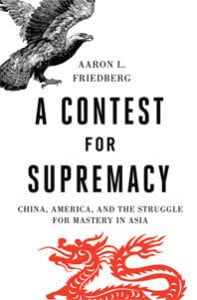 This is a book about liberal international order. Central focus is on the order created by the United States in the aftermath of World War II; how did this liberal project unfold, what are the core characteristics of it in comparison to other varieties of order, how is the order challenged today, and what are its future prospects? Ikenberry is fundamentally optimistic; the crisis of the current order is a crisis of success, not of failure. The substance of liberal international order—an open and loosely rule-based system—is not in question. The crisis is one of authority, of roles and rights within this order. It follows that liberal international order has a potentially bright future provided that the United States—which continues to be the supreme constructor of liberal order—devotes itself to a grand strategy focused on liberal order building. I find much to agree with in Ikenberry’s masterful analysis, but I also argue that the book is too optimistic on behalf of liberal order and that the problems besetting it run deeper than a mere crisis of authority. 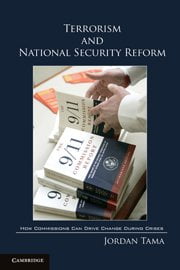 International crises often give rise to commissions designed to assess the origins of the crises and to generate reforms that might improve American foreign and defense policies. Jordan Tama’s exceptional study assesses the impact of fifty-one Congressional and Executive commissions established between 1961 and 2006 that focused on issues of national security and terrorism. 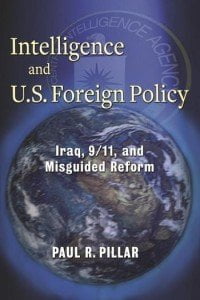 Gregory Miller’s book begins with a theoretical discussion of the importance of ‘reputation’ in international politics, before analysing its role in four case studies taken from European diplomacy before 1914. To a quite unusual extent, his study consists of an extended critique of a single book – and one published in the same series with the same editors – Jonathan Mercer’s Reputation and International Politics.[1] Three of Miller’s case studies were used also by Mercer, and the two writers draw on very similar source material. Miller repeatedly cites and refutes Mercer’s work, up to four times on a single page (p. 176). To a large extent Miller’s book must be read as a foil to an earlier contribution rather than as a stand-alone study. 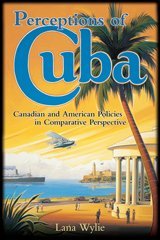 Lana Wylie has enhanced our understanding of Canadian and U.S. policies toward Fidel Castro’s Cuba by providing a comparative perspective that extends from 1959 to the present.  Wylie applies a constructivist approach which proposes that “culture and identity are integral to a complete understanding of the dynamics of international relations.” (6) Wylie proposes to move from a “focus on systemic-level analysis” to examine “national-level identities in order to understand differences in foreign-policy behavior.” (8)  Furthermore, Wylie examines not only state action at the international level but also domestic factors.  “It is not just international culture that constructs a state’s identity and corresponding behavior,” Wylie suggests, “but also domestic-level culture, identity, and ideas.” (9)