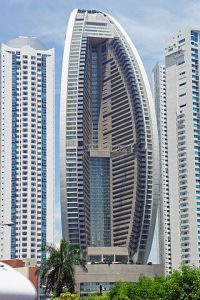 For many of the years following the end of the Cold War, U.S. relations with Latin America were focused largely on efforts to encourage economic integration. The North American Free Trade Agreement was the most visible sign of these efforts, as well as the most far-reaching such agreement. Attempts to create a broader Free Trade Area of the Americas foundered on opposition from nationalists in Latin America, in part due to a recognition on their part that U.S. agricultural subsidies were not going away. The left’s resurgence in Latin America in the 1990s was, in part, due to an expectation that they would better protect national economic interests. But U.S. policy has largely lacked an overall goal in the region since the drive for hemispheric integration failed in the early twenty-first century.

In the United States, Republicans tended to forget that it was one of theirs, President George Herbert Walker Bush, who had signed the agreement with Mexico and Canada, even if he left it to his Democratic successor, President Bill Clinton, to get it through the Senate. For many of the years since, partisan politicians have found it hard to address that dual legacy even as ‘free trade’ itself largely found its critics on the left. Donald Trump, obviously less wedded to conventional wisdom, has claimed that he will renegotiate the treaty. And it is important to keep in mind that this comes at a time when NAFTA is increasingly unpopular in Mexico itself. But Trump’s rhetoric on the wall and deportations and aspersions he has cast on the character of Mexicans entering the United States may make it difficult to establish a dialogue with a Mexican president who increasingly lacks internal support.2

It is also a time when the Latin American left generally has lost much of its political legitimacy, as, to cite just two examples, leftist leaders who have instituted significant socioeconomic reform (Venezuela, for example) as well as those who have not (Brazil) have endured massive socioeconomic crisis and the impeachment of a president, respectively. In Brazil one can even find signs of a distressing nostalgia for military rule. So it is certainly possible that Latin America will experience a wave of right-wing populist victories at the polls in keeping with the experience of many countries around the world.3 President Trump may have a few kindred spirits to work with.

Even so it may not be so easy for the new President, given the things he said about Latin Americans (specifically, Mexicans) that, in other years, would have disqualified him as a candidate. And yet it is easy to see Trump’s negative attitudes towards Latin Americans as part of a historical tradition dating back to the period before these countries achieved their independence. No scholar has delved into these unattractive depths more trenchantly than the historically minded political scientist Lars Schoultz in his masterful Beneath the United States.  Schoultz argued that the “pervasive belief that Latin Americans constitute an inferior branch of the human species” underlay U.S. policy toward the region, but whatever opinion high-level leaders have held privately since the 1930s, they have tended to keep them to themselves.4 Certainly Latin Americans, for their part, have reason to believe that Trump’s disdain for Mexicans extends to people hailing from points further south.

The only other issue that really came to the fore during the campaign was, of course, the establishment of diplomatic relations with Cuba. President Barack Obama’s bid to end what the newly elected Senator from South Dakota George McGovern called, in his maiden speech in 1963, a “Castro fixation” was still audacious and unexpected in 2014, even if it built on years and even decades of intermittent secret negotiations, as Peter Kornbluh and William LeoGrande have demonstrated. Certainly Republicans have, by and large, been more likely than Democrats to criticize this move, and one hardly expected the trade embargo, established in 1962, to end soon no matter who was in the White House. But Obama had removed the anti-Americanism that had served as one of the pillars of support for the Cuban government, and a President Hillary Clinton would have been unlikely to take action to reverse course.5 Even Republican attitudes toward normalization have not been uniform. I like to point out to my students that “our” governor (Greg Abbott, not known as a liberal even in these parts) went to Cuba before President Obama did. But the Governor was denounced by Breitbart news, and many people who seem likely to fill the lower ranks of the Trump administration, including those associated with the Heritage Foundation, want to turn back the clock on this issue. It seems unlikely that there is much support for that among the population at large. It also is unlikely that Cuban President Raúl Castro will respond positively to a belligerent approach that indicates a lack of respect for Cuban national sovereignty. But the movement toward the reestablishment of what President William McKinley once called “ties of singular intimacy” certainly may slow, further encouraging hard-liners on both sides.6

Trump’s thinking on the rest of Latin America is, largely, unknown. The endless and fruitless war on drugs will certainly continue. Not all the news from the region is bleak (a decades-long civil war in Colombia has ended, it would seem). In any case, there is little reason to believe that Latin America will rise to the forefront of U.S. foreign policy concerns.

U.S. officials once believed that the United States had a special responsibility toward Latin America. That may be regretted (it was certainly often paternalistic, at best). But U.S. policy in recent decades has been more characterized by drift than by a determined effort to maintain hegemony.7 President Obama at the end of his time in office may (somewhat wistfully, perhaps) have wished that he had paid more attention to Latin America (and Africa).8 Certainly, there has been some periodic concern regarding the rise of regional influence of China. It may be that, in a period of crisis, the United States may seek to reassert itself in Latin America in order to regain its international footing, and President Trump may find that there are some low-cost benefits to a more muscular policy toward Latin America. 9

As the world appears to lurch toward conflict, however, it is important to remember that one of the reasons the United States won World War II is that it had the virtual unanimous support of Latin American countries. To achieve that, President Trump will have to make some changes in the approach he has taken so far and seek, instead, to woo Latin America as President Franklin Roosevelt did in the 1930s. At least one might suggest to him that, with apologies to Robert Frost, a good neighbor would never ask the other guy to pay for the fence.10

Andrew J. Kirkendall is a Professor of History at Texas A&M University.  His most recent book is Paulo Freire and the Cold War Politics of Literacy (University of North Carolina Press, 2010).  He wrote the chapter on teaching Cold War Latin America in Matthew Masur (ed.), Understanding and Teaching the Cold War (University of Wisconsin Press, 2017). He is at work on a book about the Kennedy brothers, liberal Democrats, and Cold War Latin America.
© Copyright 2017 The Authors

2 Mexicans, of course, believe that NAFTA has largely benefitted the United States.  See Azam Ahmed and Elizabeth Malkin, “Mexicans Lament NAFTA’s Promise Has Fallen Short,” New York Times, 5 January 2017, A1 and A15. Mexican President Enrique Peña Nieto’s approval ratings currently are below 25 percent. See Elisabeth Malkin, “Unrest Erupts in Mexico as Gas Prices Rise Sharply,” The New York Times, 6 January 2017, A6. It should be noted that Mexico “is also no longer the top origin country among the most recent immigrants to the United States,” having been overtaken by China and India in 2013. See Jie Zong and Jeanne Batalova, “Mexican Immigrants in the United States,” Migration Policy Institute, http://www.migrationpolicy.org/article/mexican-immigrants-united-states, accessed 11 January 2017.

4 Lars Schoultz, Beneath the United States: A History of U.S. Policy Toward Latin America (Cambridge: Harvard University Press, 1998), xv. For the record, I studied with Professor Schoultz in the early 1990s when he was working on this book.

7 A pointed critique of early post-Cold War U.S. foreign policy can be found in a book with an exquisite sub-title: David Scott Palmer, U.S.-Latin American Relations during the Clinton Years: Opportunities Lost or Opportunities Squandered? (Gainesville: University Press of Florida, 2006).

9 Greg Grandin, Empire’s Workshop: Latin America, The United States, and the Rise of the New Imperialism (New York: Metropolitan Books, 2006). Drawing upon the typology of Walker Russell Mead, conservative pundit and former George W. Bush speech-writer Michael Gerson classifies him as a “Jacksonian” who prefers “a strong America that is occasionally roused to kill its enemies but then returns home and avoids international commitments…[and which] should vigorously pursue national interests and seek to be feared rather than loved.”  See Gerson, “Trump’s Nationalism is Corrosive and Dangerous,” www.washingtonpost.com 25 February 2016, accessed 25 February 2016.