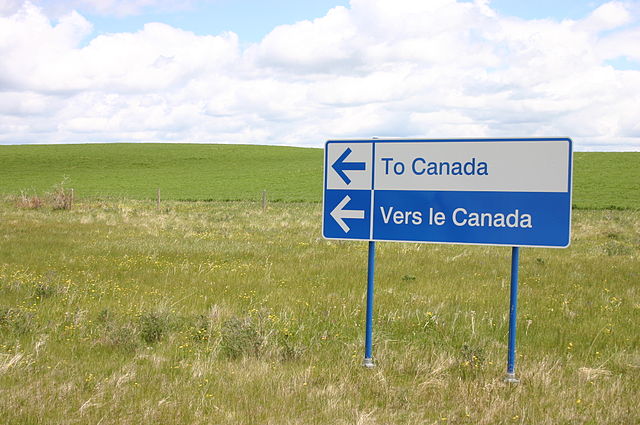 Relations between the United States and Canada are not normally an important issue in American politics, especially during election campaigns, and 2016 was no exception. Even in the areas of concern to Canadians, such as the fate of the North American Free Trade Agreement (NAFTA), President Trump’s criticisms were aimed more at Mexico than Canada.[6] There were few calls from the Trump campaign to build a wall on America’s northern border. Nevertheless, the victory of Donald Trump and his nationalistic call for “America First” and his somewhat erratic rhetoric regarding America’s place in the world could not be ignored by Canada’s Liberal government. The arrival of every new American administration prompts Canadian governments to reassess their relationship with the United States; the challenge posed by President Trump made this reassessment even more urgent.

President Trump has demonstrated a somewhat ambivalent attitude towards Canada. He had an early and successful meeting with Prime Minister Justin Trudeau, and has spoken highly of him since; he has socialized at Mar-a-Lago–the Palm Beach ‘White House’–with Brian Mulroney, the former prime minister and architect of the 1988 Canada-U.S. Free Trade Agreement (FTA). But he has also insisted that Canada has taken advantage of the United States on trade issues, especially regarding softwood lumber imports and the maintenance of Canada’s supply management system protecting its dairy industry. His rhetoric on NAFTA has wavered, ranging from calls for “tweaking” the agreement to demands for its complete cancellation. And, while his criticism of NATO appears to have been aimed primarily at the European members, he has called on Ottawa to increase defence spending. In addition, pulling the United States out of the Paris Agreement on climate change and his proposed cuts to American environmental and cultural agencies has sparked considerable negative reaction from Canadians. President Trump’s shifting stand on traditional alliances, international organizations, and trade agreements, and his impenetrable views concerning foreign leaders–both allies and adversaries–make him appear inconsistent, unpredictable, and undependable. Observers are quick to point out that this is his technique and part of his negotiating strategy–to throw his adversaries off-balance–but it is unsettling for the Canadian government, given the unique importance of the relationship between the two countries.

More important, Trump’s actions in the first few months of his administration have been perceived as a challenge to the Liberal Internationalism that has been at the heart of Canada’s foreign policy since the Second World War and, arguably, even before–a faith in international institutions, international cooperation and multilateralism, freer trade, the rule of law, and the peaceful settlement of disputes.[7] “International relationships that have seemed immutable for 70 years are being called into question,” is how Freeland began her speech. “From Europe, to Asia, to our own North American home, long-standing pacts that have formed the bedrock of our security and prosperity for generations are being tested.”[8]

From the Canadian perspective, Canadian-American relations are at the very core of the international order. The U.S. is central to Canadian security, and since the Second World War Canadians have counted on American leadership in the world. But the huge power imbalance between the two countries (in terms of population, economic strength, and military power) has led successive Canadian governments to encourage greater U.S. involvement in the international order, and especially in international organizations, as a way of countering that imbalance. Multilateralism became a way to check American unilateralism.

Similarly, in the bilateral relationship, Canadian governments have traditionally sought the creation of cross-border institutions and a variety of dispute settlement mechanisms to solve mutual problems. In any dispute with the U.S., Canada has a better chance if the two sides have agreed on a set of rules to follow rather than relying on brute force. Freeland described it this way: “as a middle power living next to the world’s only super power, Canada has a huge interest in an international order based on rules. One in which might is not always right. One in which more powerful countries are constrained in their treatment of smaller ones by standards that are internationally respected, enforced and upheld.”[9] Such reasoning can be seen at work throughout the twentieth century, in such Canada-U.S. bodies as the International Joint Commission (1909), the Permanent Joint Board on Defence (1940), the North American Aerospace Defence Command (1957), and the FTA and NAFTA.

Historically, when the United States embarked on a more nationalistic or protectionist course or chose unilateralism over multilateralism Canadians retaliated in kind and by looking elsewhere for their security. In the nineteenth and twentieth centuries Canadians responded to high American tariffs by building their own high tariff wall and by seeking out imperial trading arrangements. The Richard Nixon “shocks” of the early 1970s prompted the Canadian government to embark on its “Third Option” policy of diversifying Canadian trade policy away from dependence on the U.S. and by looking for closer relations with other nations in Europe, East Asia, and Latin America.

Today Donald Trump is believed to be destabilizing the foundations of the international order. As the ‘President of Pittsburgh rather than Paris’ he has brought into question American global leadership and its support for international institutions, traditional alliances, and trade agreements. “The fact that our friend and ally has come to question the very worth of its mantle of global leadership,” Freeland explained, “puts into sharper focus the need for the rest of us to set our own clear and sovereign course. For Canada that course must be the renewal, indeed the strengthening, of the postwar multilateral order.”[10] Canadian governments look for stability and consistency where they can find it; when they cannot find it in their relationship with United States they look elsewhere.

It remains to be seen how successful this new course will be. Freeland has reaffirmed Canada’s commitment to Liberal Internationalism and set out several broad goals, including an effort to diversify Canadian international trade (with particular reference to finalizing a Canada-EU free trade agreement), making new investments in the military, continued support for the western alliance, and “robust support” for the “rules-based international order, and all its institutions.”[11] But it is less clear how the government intends to achieve these goals, beyond pursuing freer trade and a non-permanent seat on the UN Security Council.[12] In addition, the new foreign aid policy is a shift in emphasis only and carries no increase in funding and, while the Defence review includes an enormous boost in military spending (not to the level demanded by Trump, but perhaps sufficient enough to satisfy the critics), analysts have been quick to point out that the greatest jump in spending will not come into effect for six to ten years–after another Canadian election (when the spending is liable to be cut) and perhaps into the post-Donald Trump era.[13]

In the past, moments of disruption, such as the present one, have passed and the Canadian-American relationship has returned to its more traditional one of close cooperation, strong trade relations, and Canadian faith in American leadership. The Third Option of the 1970s, for example, was largely a failure, and by the early 1980s new governments in Washington and Ottawa were embarked on a mutual quest for North American free trade.

Will this time be different?  It is still too early to tell, of course, but in recent years (for the first time since the mid-nineteenth century) the percentage of Canada’s trade with the U.S. has been in decline. This shift has been less the outcome of Canada’s efforts to diversify its trade away from the U.S. and more the result of the growth of other trading partners, especially in Asia. China in particular, has emerged as Canada’s second largest and fastest growing trading partner and the Canadian government is set to negotiate a free trade agreement with Beijing. The trend to greater Canada-China trade is likely to continue and to diminish further Canada’s dependence on the American market–and this shift pre-dated the arrival of Donald Trump and will likely carry on after he is gone. Plus, Canada is more self-reliant, diverse, and able to stand on its own than it was in the past, and its commitment to Liberal Internationalism remains strong. The arrival of Donald Trump has only sharpened the distinction in values and global outlook that Canadians see as distinguishing characteristics between themselves and their neighbours to the south.

President Trump is seen as unreliable, and for Canadians this makes American leadership less reliable. For several decades Canadians have expected that the first foreign trip by a new American president would be to Canada (or Mexico), and this included President Obama, who made a quick stop in Ottawa in 2009 for little more than a cup of coffee. President Trump’s decision to break with tradition—and to travel to the Middle East on his first foreign visit was not, in itself, a big surprise—one wonders whether he even knew it was a ‘tradition.’ The bigger surprise might be how little comment or complaint was heard from Canadian politicians, journalists, and general observers about this most recent incident of Canada being overlooked by Washington.

David MacKenzie is professor of history at Ryerson University, Toronto, and the author of several books, including A World Beyond Borders: An Introduction to the History of International Organizations (Toronto: University of Toronto Press, 2010), and ICAO: A History of the International Civil Aviation Organization (Toronto: University of Toronto Press, 2010). His most recent book is (with Patrice Dutil), Embattled Nation: Canada’s Wartime Election of 1917 (Toronto: Dundurn, 2017).

[6] On Latin America see Tom Lang and Max Paul Friedman, “Trump and Latin America: Asymmetry and the Problem of Influence,” H-Diplo/ISSF, 17 May 2017, https://issforum.org/ISSF/PDF/Policy-Roundtable-1-5AJ.pdf