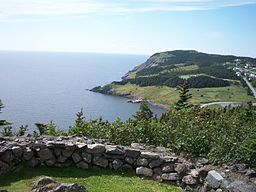 “The Future of the Atlantic Alliance under President Trump”

It is no exaggeration to say that Trump’s occasional statements during and after the presidential campaign, together with his nominations for key foreign-policy posts since the election, suggest that he may be about to orchestrate the most radical transformation of the relationship between the United States and its transatlantic allies since the advent of the Cold War. On March 23 of this year he described NATO as “obsolete,” noting that the Atlantic alliance “was set up a long time ago….We were a rich nation then.”[1]  In July 2016 he issued this warning: “If we cannot be properly reimbursed for the tremendous cost of our military protecting other countries, and in many cases the countries I’m talking about are extremely rich,…I would absolutely be prepared to tell those countries ‘Congratulations, you will be defending yourself’.”[2] His seemingly neo-isolationist approach to European security was apparently related to his belief that the top security priority of the United States must be a global campaign against radical Islamic terrorism. Once in the Oval Office he may be expected to exert pressure on America’s transatlantic allies to bear a greater share of the burden for their own defense so that the United States can reallocate the freed-up resources to what seems to be his overriding goal of destroying ISIS, al-Qaeda, and other jihadist groups in the Greater Middle East. He has already demanded that the European members of the alliance meet the specified minimum spending on defense of 2% of GDP, which only five (out of 28 total alliance members) now do.

Trump will not be the first American public official to complain about the European allies’ preference for butter over guns at the expense of the American taxpayer. Presidents Eisenhower and Kennedy both privately groused at this ongoing security dependency after Western Europe had fully recovered from the devastation of the Second World War. During the Vietnam War the Mansfield amendment, which called for a 50 per cent reduction of U.S. troop strength in Europe in light of the Old Continent’s economic prosperity, came close to obtaining a majority vote in the Senate. In support of his amendment, Senate Majority Leader Mike Mansfield mordantly observed: “The 250 million people of Western Europe, with tremendous industrial resources and long military experience, are unable to organize an effective military coalition to defend themselves against 200 million Russians who are contending at the same time with 800 million Chinese, but must continue after 20 years to depend upon 200 million Americans for their defense.”[3]

This longstanding transatlantic dispute about ‘burden sharing’ survived the end of the Cold War and continued right up to the Obama administration. In 2010 Defense Secretary Robert Gates grumbled about what he called “the demilitarization of Europe.[4]” In June 2011, before leaving his post, he warned in a speech in Brussels of NATO’s “dim if not dismal future” unless its European members increased their contributions to the alliance. “The blunt reality is that there will be dwindling appetite and patience in the U.S. Congress – and in the American body politic writ large – to expend increasingly precious funds on behalf of nations that are apparently unwilling to devote the necessary resources or make the necessary changes to be serious and capable partners in their own defense.”  And he added, ominously:  “Indeed, if current trends in the decline of European defense capabilities are not halted and reversed, future U.S. political leaders…may not consider the return on America’s investment in NATO worth the cost.”[5]  An exasperated President Obama echoed the criticism from his former defense secretary in his wide-ranging interview in the Atlantic Magazine with Jeffrey Goldberg in April 2016.  “Free riders aggravate me!” he declared, in reference to the European allies’ hyper reliance on the U.S. for their own security at minimal costs to themselves.[6]

It has been widely assumed that the United States would spend the money and provide the military equipment and manpower required to deter the Kremlin from, say, intervening in the three NATO member states of Latvia, Lithuania, and Estonia (as it had in the non-NATO states of Georgia in 2008 and Ukraine in 2014. There are two reasons to question whether a Trump administration would honor this automatic U.S. security commitment based on article five of the North Atlantic Treaty. The first is the President-elect’s intimation cited above that this commitment is not absolute but rather is conditional on Europe’s willingness to look after its own security while Washington concentrates on security priorities elsewhere.

The second is the mounting evidence that the President-elect intends to orchestrate a complete and total ‘reset’ of U.S. relations with Russia:  his refusal to believe reports from the intelligence community in Washington that Moscow intervened in the recent presidential campaign through a cyberattack; his favorable references to Russian President Vladimir Putin as a national leader; his frequent insistence on the necessity of improving relations with America’s old Cold War adversary; and, most recently, his nomination as Secretary of State Exxon Mobil CEO Rex Tillerson. A longtime personal friend of the Russian strongman, Tillerson opposed the economic sanctions imposed by the Obama administration on Russia after its annexation of Crimea and intervention in eastern Ukraine because they interfered with Exxon’s plans for a joint oil drilling venture with a state-run Russian company. The choice of Tillerson confirmed the impression left by Trump’s earlier selection of retired Lieutenant General Michael T. Flynn as National Security Advisor, a very influential position previously occupied by the likes of McGeorge Bundy, Henry Kissinger, and Brent Scowcroft.  Flynn had earlier designated radical Islam as the number one global threat to the United States and even referred to the religion of Islam as “a cancer.” As for relations with Russia, he has appeared on the Russian state-controlled television channel RT and has stressed the need to work with Russia and the Assad regime to counter the threat of radical Islamic terrorism in Syria. As for NATO, he heartily endorsed Trump’s criticism of the European members of the alliance, declaring that “this is no longer the Cold War — we need to organize ourselves differently. And, frankly, if you are part of the club, you’ve got to pay your bill, and for countries that don’t pay their bills, there has got to be some other penalty.”[7]

Taken together, these developments suggest that the Trump administration may seek to disengage from the Atlantic Alliance while seeking détente with Russia. So, if the above assessment is accurate, what can the European members of NATO do to ensure their security?  The answer may lie in proposals recently offered by several long-time students of the transatlantic relationship.  After noting that the Europeans “will not do more unless the United States credibly commits to doing less,” Barry Posen concludes that “The European Union provides as good a foundation for US disengagement [from Europe] as the United States will find anywhere in the world today.”[8] Andrew Bacevich observes that “Should it choose to do so, Europe—even after the British vote to leave the EU—is fully capable of defending its eastern flank. The next administration should nudge the Europeans toward making that choice—not by precipitously withdrawing U.S. security guarantees but through a phased and deliberate devolution of responsibility” over the next decade or so. “But to get things rolling,” he concluded, “the next administration’s message to Europe should be clear from day one: ready your defenses; we’re going home.”[9] The neo-realists John Mearsheimer and Steven Walt chimed in with the blunt assessment that “the United States should end its military presence in Europe and turn NATO over to the Europeans.”[10] Jolyon Howorth, the leading expert on the abortive efforts of the Europeans to devise an institutional structure for their own defense,  from the failure of the European Defense Community in 1954 to the current moribund Common Security and Defense Policy,[11] has called for the “EU-isation” of NATO, that is, the gradual transfer of authority within the alliance to its European members. “There is no God-given law whereby Europe should be utterly reliant in perpetuity on any ally (however powerful) for its regional security,” he observes. “The United States cannot ‘solve’ Europe’s ‘Russia problem.’ Only the EU can do that. But it can do that only from a position of strategic autonomy [from NATO].”[12]

Since his victory in the election, Donald Trump has ‘walked back’ many of his most extreme campaign pronouncements—on waterboarding, on the Affordable Care Act, on the total ban on Muslim immigration, on the criminal prosecution of his opponent, among others. It is entirely possible that, once in the Oval Office, his inchoate plans to compel America’s transatlantic allies to contribute more to their defense or risk losing the American pledge of extended deterrence will also fall by the wayside. Or he may stick to his guns, in which case the handwriting will be on the wall for the European Union as it confronts the challenge of devising a common European security and defense policy that has eluded it for so many decades, in the expectation of the United States’ disengagement from the continent.

[3] Joseph Joffe, “Trump to NATO: Pay Up or We Won’t Protect You,” Military History in the News (8 August 2016), http://www.hoover.org/research/trump-nato-pay-or-we-wont-protect-you.

[11] See his most recent book on the subject:  Jolyon Howorth, Security and Defence Policy in the European Union (London: Palgrave, 2014). I am grateful to him calling to my attention some of the sources cited in this essay.

[12] Jolyon Howorth, “European Security Autonomy and NATO: Grasping the Nettle of Alliance EU-isation,” preliminary draft of an article to appear in a special issue of West European Politics in 2017.