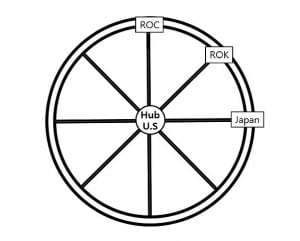 For alliance scholars who are interested in institutional design and U.S. foreign policy in Asia, Victor Cha’s 2010 International Security article, “Powerplay: The Origins of the U.S. Alliance System in Asia” is a valuable resource.[1] Cha has expanded his article-length treatment into a thoughtful and timely book, and in so doing has given us much to digest and discuss.

In an analytical review of alliance research, James Morrow posed the title question, “Alliances: why write them down?”[1] A decade and a half later, Keren Yarhi-Milo, Alexander Lanoszka, and Zack Cooper revisit this issue, posing their own title question: “To arm or to ally?” Yarhi-Milo, Lanoszka, and Cooper pose this question through the structural lens of hierarchical relations, setting it up as a “patron’s dilemma” of how patrons can best ensure a client state’s security—through either a formal guarantee to defend the state against foreign attack, the provision of significant arms, or both (or neither). Hierarchical relations and patrons’ dilemmas have received increased attention in security scholarship, with several scholars expounding upon the nature of international hierarchy and its role in security provision, economic relations, democratization efforts, and many other international political issues.[2] In their article, Yarhi-Milo, Lanoszka, and Cooper focus on the central alliance tradeoff of credibility versus flexibility. By agreeing to a formal institutionalized security pact in the nature of the North Atlantic Treaty Organization (NATO) a patron can send a clear and credible signal of commitment, but such an ironclad commitment may trap the patron in an unwanted conflict. Conversely, simply supplying arms provides greater flexibility and will enhance the client’s security, but not to the degree that a formal defense pact would. How then do patrons decide which strategy to adopt? Yarhi-Milo, Lanoszka, and Cooper seek to answer that question. 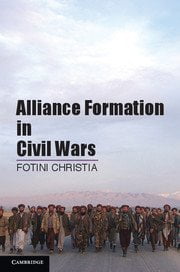 Over the last decade much of the best work in comparative politics and international relations has focused on explaining the onset and termination of civil wars. In her new book, Alliance Formation in Civil Wars, Fotini Christia seeks to explain the constant shifts in alliances that characterize these conflicts. With a combination of theoretical richness, quantitative analysis, and extensive fieldwork in Bosnia and Afghanistan, Christia has produced an important and innovative book that will surely have an important influence on the field of civil war studies and international conflict.