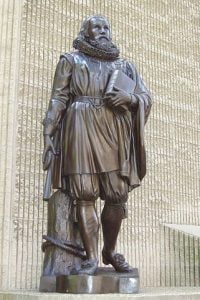 Is this how the Pax Americana ends? Since the election of Donald Trump as President of the United States, countless commentators have answered in the affirmative. Four years after dismissing American decline as a myth, Robert Kagan now says he glimpses the “end of the 70-year-old U.S. world order.”[2] In the New York Times Magazine, Ian Buruma delivered an elegy for the Anglo-American partnership that won World War II and led the world ever since, until Brexit-Trump voters opted to “pull down the pillars” of the whole project and retreat to isolation.[3] The liberal commentariat is sounding the alarm, warning that making America great again will actually make America small in the world.