The repressive policies deployed by the Chinese party-state towards its Muslim population in the western region of Xinjiang has been at the forefront of international media attention.  Beyond the sharp increase in the security presence in the region and the widespread use of technology-intensive policing, the extra-legal internment of 1 to 3 million Uyghurs and other Muslim minority groups has been the most notable of these repressive policies.  The so-called “Xinjiang papers,” a leak of internal Chinese documents revealed by the New York Times in 2019, have contributed to unveil the policy shift that has occurred in this region since early 2017.[1]  This tightly-written article by Sheena Chestnut Greitens, Myunghee Lee, and Emir Yazici endeavors to explain this evolution.  It also stresses the transnational security dimension of these policies and aims at situating the Chinese case in the broader literature on political violence and domestic repression. 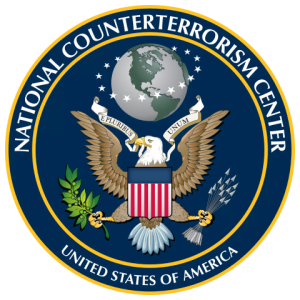 Addressing the threat of terrorism, both real and perceived, would be a top priority for any president, but it is especially important for Donald Trump’s administration. Despite the dearth of Islamic State or other foreign-directed mass-casualty attacks on U.S. soil since 9/11, polls from earlier in 2016 showed that 73 percent of Americans saw the Islamic State as a “very serious” threat to the United States, and another 17 percent saw it as “moderately serious”—a rare priority that crosses political lines. Almost 80 percent believed the Islamic State has assets in the United States and can “launch a major terrorist attack against the U.S. at any time.”[2] Exploiting these concerns during the presidential campaign, Trump regularly warned about “a major threat from radical Islamic terrorism,” and tweeted (the forum used for all serious discussions of policy) that “We better get very smart, and very tough, FAST, before it is too late!”[3] President Barack Obama, he claimed, had boxed U.S. generals in with a “strategy that is destined to fail.”[4] 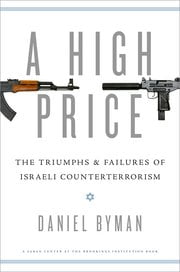 Daniel Byman’s A High Price straddles two literatures: that on Israeli military and security history, and that on the burgeoning field of counterterrorism studies. On the whole, one should say, it draws on the former to inform the latter, which explains some of the reviewers’ reaction to it. It is of interest that counterinsurgency, as Americans understand it, is not part of Israeli strategic discourse: that reflects both the real Israeli predicament and how Israelis have understood it. Byman’s own judgment about Israeli successes and failures tacitly acknowledges that the Israelis have never really believed that they can solve their security problem, only manage it.