Because Germany is Europe’s most populous country (excluding Russia), its most productive economy, and the European Union’s indispensable member, its elections are necessarily significant.  Yet even by this standard, the federal election held on 26 September was particularly consequential and unusual.  It marked the end of Angela Merkel’s sixteen-year tenure as Chancellor, during which she established herself as the preeminent figure in German domestic politics, an influential presence on the international stage, and a stabilizing temperament during a tumultuous era of global politics.  As the forum’s contributors note, this election was the first in the Federal Republic’s history (except for the first) in which the sitting chancellor did not seek reelection.  At the same time, the election exemplifies the gradual abandonment of some of the mainstays of postwar German politics.  For instance, the standard center-left/center-right faceoff (between the Sozialdemokratische Partei Deutschlands and the Christlich Demokratische Union Deutschlands–Christlich-Soziale Union in Bayern alliance) has given way to a fragmented political landscape in which no less than five parties claimed over ten percent of the vote.  Meanwhile, the growing personalization of German politics explains the success of the Social-Democratic candidate Olaf Scholz, who played on his stature as Finance Minister in Merkel’s coalition government, as well as the lackluster performance of the Christlich Demokratische Union Deutschlands candidate Armin Laschet.  At the same time, the vote’s dispersal across multiple parties makes it probable that Germany will have its first three-party governing coalition since the 1950s.  Another novelty resulting from the election is that the two leading kingmaker parties—the Greens and the liberal Freie Demokratische Partei —have committed to aligning their own platforms before deciding which party they will being to power.

The next election looms over nearly all decisions democratic leaders make.  Choices about military strategy are no exception.  Whatever the merits of a particular policy, it could well be overturned, along with the rest of a leader’s agenda, if it prompts voters to remove him or her from office.  Some observers have long worried that electoral pressures give rise to short-term thinking and other pathologies in foreign policy decisionmaking.[1]  Others have argued, on the contrary, that electoral accountability leads to greater caution and prudence about war and peace.[2]  Andrew Payne’s article addresses the important question of how electoral pressures actually worked in an important recent conflict. Its case studies of decisionmaking under the administrations of George W. Bush and Barack Obama during the latter stages of the Iraq War are detailed and compelling.  The evidence reviewed in the article could also speak to alternative theoretical mechanisms that the article does not consider in detail. 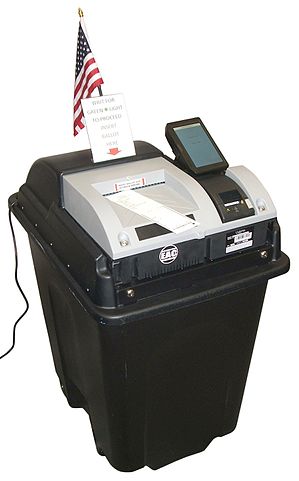 No one is sure what effect Russia had on the 2016 presidential election. The U.S. intelligence community and private sector cybersecurity firms are confident that Russian intelligence agencies sponsored efforts to steal and release information from the Democratic National Committee, and from Democratic nominee Hillary Clinton’s campaign chairman John Podesta. The stolen emails were mostly banal, but the Trump campaign used them as evidence that Clinton and her party were corrupt and untrustworthy. This may have had the effect of increasing support for Trump, or at least depressing the turnout among would-be Clinton voters. Even small shifts might have changed the result, given the razor-thin margins in key states. But the election was so peculiar in so many ways that it is difficult to attribute the outcome to a single cause. Alleged Russian ‘doxing’–the term for stealing and revealing private information–may or may not have been terribly important compared to other factors in a historically strange campaign.