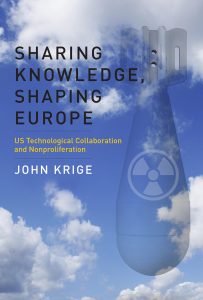 Any new book by John Krige is always likely to offer original insights to our understanding of the interconnections between the history of science and international politics, and Sharing Knowledge, Shaping Europe is no exception. As all the three contributors to this H-Diplo Roundtable make abundantly clear, it is a significant contribution to the scholarly literature on the Cold War, on U.S. foreign policy, on European integration, and on nuclear non-proliferation. In this brief introduction, I shall first group together the many positive things the three reviewers say about the book and then I shall give a brief separate overview of some of their critical observations.

Foreign Affairs recently featured a forum on “Obama’s World: Judging His Foreign Policy Record.” Gideon Rose, editor of the journal, started the discussion with an overall positive assessment of President Barack Obama’s foreign policy through August 1, 2015 and the agreement with Iran on its nuclear program.[1] The Islamic State (ISSIL) seized Mosul, the second largest city in Iraq, in June 2014 and emerged as a serious threat in the Syrian civil war as well as in Iraq.   As the title of the article, “What Obama Gets Right: Keep Calm and Carry the Liberal Order On,” indicates, Rose favorably emphasizes Obama’s “grasp of the big picture,” his perspective as an “ideological liberal with a conservative temperament,” and his determination to reverse the mistakes of the George W. Bush administration. The Bush Whitehouse, Rose suggests, made many mistakes in the first term, following policies that were “deeply flawed in both conception and execution” (2, 6). Rose concludes that Obama was “better at strategy than implementation” in his focus on preserving the core of the liberal world order by “downsizing the U.S. global role” and reducing the commitment of U.S. resources, particularly U.S. ground military forces, to peripheral areas (10, 7). 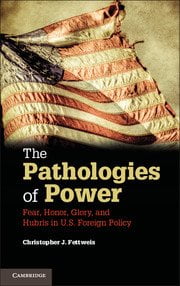