This short piece focuses on mapping and evaluating some of the expectations of International Relations (IR) theory with regard to the potential effects of Trumpism and the illiberal turn in world politics on war and peace.[1] Obviously, there is a high degree of uncertainty here, but that does not mean that such an intellectual exercise cannot be helpful in highlighting some of the potential consequences of the major changes taking place on the important subject of war and peace.[2] The mere fact of rising uncertainty in international politics is, by itself, going to have some significant effects, which we should try to explore. 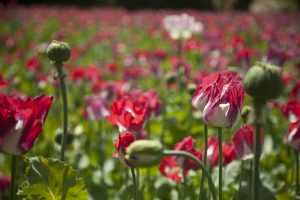 Can IR theory help us understand what is about to happen? Can it help get us through the Age of Trump? Or, will Trump destroy IR theory in the same way that he eviscerated most accepted theories of electoral politics? In a cage match between Trump and Theory, the smart bet might be on Trump, but perhaps this says more about the fragility of IR theory than it does about Trump.

I never thought that I would write the phrase “President Trump,” let alone link it to IR theory. But the former is a great opportunity for the latter. Scholars of international politics bemoan the fact that our sub-field cannot draw on the experimental method. Well, now we can. Although Trump’s election was not a random event, nevertheless much about America’s external environment will remain the same after January 20, 2017 while the country will have a president who has espoused foreign policy views radically different from those of any of his predecessors. Once in office, will he really try to carry out such radically different policies? Or will domestic and international constrains prevail? We are about to run an experiment, and even if the results are not likely to be entirely unambiguous, they should provide us with real evidence. One (analytical) problem, however, is that Trump’s statements in the first weeks after his election indicate that his substantive views may be only weakly held, making any continuity that occurs only a weak confirmation of theories that stress constraints.