I was intrigued by Rose McDermott’s piece on “The Nature of Narcissism”.[1] As a narrative historian of international relations, I appreciated her call for analysis of the “influence of individual-level differences on international outcomes.” Central to narrative history is the reconstruction and analysis of the actions and interactions of individuals, as well as people’s goals, motivations, feelings, and experiences. 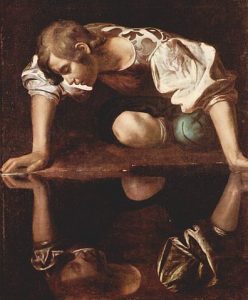 In his January 2017 introductory essay to the America and the World roundtable, “President Trump and IR Theory,” Robert Jervis wrote, “…a Trump foreign policy that followed his campaign statements would be hard to square with Realism, although it would be difficult to say what alternative theory, if any, it vindicated.”[1] We now have a lot more evidence about the extent to which Trump has defied numerous expectations regarding the power of external constraints to enforce consistency in policy across administrations. He has pulled out of the Paris climate accords; left the Trans Pacific Partnership Trade (TPP) agreement; pulled out the Joint Comprehensive Plan of Action designed to delay or prevent Iranian nuclear proliferation (JCPOA); and now seems more intent on saving Chinese jobs at China’s ZTE Corporation than American jobs in the coal belt. Although he maintains a core of unfailing support among his base, he has defied the policy prescriptions of establishment republicans as well as populists in many arenas from trade and immigration policy to tax policy, respectively. Even more uniquely, he has consistently fought against his own bureaucracy, particularly in the realm of criminal justice and intelligence, attacking both communities with consistent fury on Twitter as though he himself were not head of these agencies.