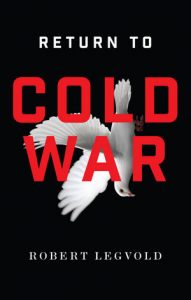 I am only guessing, since no one has said as much to me, but I suspect that I was asked to participate in this policy roundtable because of my remarks about Donald Trump to The New Yorker’s Evan Osnos, which appeared in the 26 September 2016 issue: “I think we’re just at a point in our history where he’s probably the right guy for the job. Not perfect, but we need someone different, because there’s such calcification in Washington. Americans are smart collectively, and if they vote for Trump I wouldn’t worry.”[2] Yes, there it is, I am an academic who, like sixty-three million Americans, supported Trump for President. Indeed, as both a Republican and a political realist, I am not only untroubled by his election, I look forward to the next four years with great expectations. “This is,” as Daniel Drezner put it, “realism’s moment in the foreign policy sun.”[3]

The mills of historical research grind slowly,” Yale historian Hajo Holborn wrote in the early 1950s. Holborn made his observations with reference to the German delegation to Versailles in 1919. While it would have been “no doubt desirable” to the Germans to have “set into motion an objective study of the causes of the world war” to help them push back against Article 231, the “war guilt” clause, there was no hope such a history could be produced in time.[1]

In a timely article, John Mitton seeks to show how the enduring rivalry between India and Pakistan has hampered NATO’s efforts in Afghanistan and contributed to its failure. The author is careful in noting that while the rivalry is not the only reason for failure, it certainly is a factor. The author also cites many noted regional specialists who also have argued that the Indo-Pakistani rivalry has played a role in determining the outcome of the current war in Afghanistan.[1] In that sense, the author is correct in considering such regional factors to explain the failures in Afghanistan. The article also raises many more interesting questions worth exploring. In this review, I summarize the argument and findings, point out its strengths and weaknesses, and highlight the possible directions future research in this area could take, given the article’s conclusions. 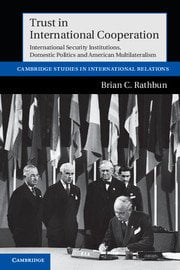