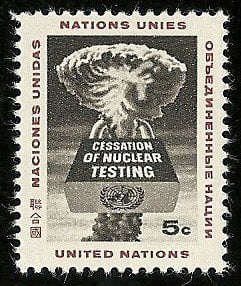 Julia Macdonald begins her review for this forum by pointing out that nuclear security studies has in the past decade undergone a “renaissance” in both political science studies and international history. Macdonald proceeds to note some of the most influential earlier studies by leading scholars such as Robert Jervis and Kenneth Waltz before discussing the newer studies which include the articles under review. Frank Gavin is one of the authors of an article under review as well as the author of Nuclear Statecraft; History and Strategy in America’s Atomic Age, which has a broader focus than that of the forum but addresses the subject of proliferation and its role in U.S. grand strategy during the Cold War and into the Obama administration.[1] As Macdonald emphasizes, the new studies significantly challenge some of the leading earlier works by demonstrating the importance of non-proliferation as a central objective in U.S. Cold-War strategy and the degree to which mutually assured destruction (MAD) did not necessarily contribute to “caution and stability among states, but instead can actually facilitate a range of different behaviors from compromise to aggression.”

Nic von Wielligh’s new book on the history of the South African nuclear project is a timely contribution to the on-going scholarly debate on why and how countries choose to develop, maintain and dismantle nuclear weapons programs. Since South Africa is the only country to date that has undergone a voluntary complete nuclear roll-back, its history is particularly important to scholars of nuclear proliferation, especially in the contemporary context of the debate surrounding Iran’s nuclear program and its trajectory. The author, nuclear physicist Nic von Wielligh, began his involvement in South Africa’s nuclear program in 1975, graduating into a managerial position in South Africa’s Atomic Energy Corporation a decade later. This unique position enabled von Wielligh, with the assistance of his daughter, Lydia von Wielligh-Steyn, to write the book from an insider’s perspective, revealing many previously unknown details and filling-in some much sought-after gaps in the literature on South Africa’s nuclear endeavour.[1]