In 1939, E.H. Carr published The Twenty Years’ Crisis,[1] which argued that the world was divided into two camps: utopians and realists. Utopians like President Woodrow Wilson and his followers had made a mess of the world through their well-intentioned but naïve attempts at international cooperation. Realists were those, like Carr, who recognized that the struggle for power and survival were perennial features of human life and politics among nations. Carr wanted policymakers to face the facts, acknowledge reality, and not get lost in idealistic dreams. ‘Realism’ as a professionalized academic school of international relations was born.

John Mearsheimer has written a stinging indictment of post-Cold War policy as being founded on a form of liberalism that ignores the realities of nationalism and the limits of the power of even the strongest states. It is reviewed here by four scholars of differing political and intellectual orientations, all of whom agree that this is an important and stimulating book. The clarity of the argument, the verve of the writing, and a willingness to stake out a strong claim on an important subject are the hallmarks of Mearsheimer’s scholarship and fully on display here. For Jennifer Pitts, this book is bracing and salutary; Jack Snyder says that this is “an incisive book that deeply analyzes the tendency of self-deluded post-Cold War liberalism to overreach in its efforts to remake the entire world in a liberal mold.” For William Wohlforth, Mearsheimer gives us “refreshingly bracing prose whose bluntness cannot conceal the profound learning it conveys,” and Christopher Layne writes that the great Delusion “Is an important book.” 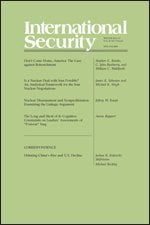 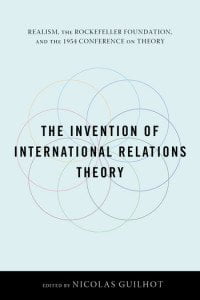