As our reviewers note, of all the members of the small set of people who have combined distinguished scholarship and a stint as a top policy-maker, Zbigniew Brzezinski is the least studied, especially in comparison to George Kennan and Henry Kissinger. Indeed, the volume under review is the first to be devoted to him, his thinking, and his role in government. Part of the reason is that at the time and for some years after, the Carter Administration seemed like a failure, and a fairly uninteresting one at that. But, as is so often the case, the judgment of history tends to be counter-cyclical and scholars are attracted both to revisionism and to areas that have not been adequately covered. More careful and perhaps less angry scholarship, combined with a reaction to the performance of more recent presidents, have made the Carter administration appear more interesting, balanced, and successful. New material also explains increased scholarly attention: Brzezinski’s weekly memos to President Jimmy Carter, in addition to many other papers, are available at the Carter library.

Heated debates about the merits of specific arms control agreements were a constant feature of the Cold War. Did the hawks or the doves offer a more compelling and intellectually consistent viewpoint in these debates? In his new book, which should be of great interest to both historians and international relations theorists, James Lebovic argues that neither side in these debates was consistently correct and that the terms of arms control agreements reached during the Cold War “were never as good as U.S. proponents claimed—or as bad as opponents feared” (1). The central purpose of Lebovic’s historical research, however, is not to argue about the merits and flaws of particular arms-control treaties but to examine the underlying ideas and assumptions shared by both sides in the debate. For all of their important policy differences, Lebovic argues, both hawks and doves demonstrated “flawed logics” in their approach to arms control throughout the Cold War. While both sides ostensibly focused their respective cases on the hard number and operational realities of nuclear weapons, the arguments made by both hawks and doves were based on crucial ideas and assumptions about aspects of the adversary’s intentions, strategies, and trustworthiness that were rarely subjected to proper scrutiny.

Twenty-five years ago, Francis Fukuyama advanced the notion that, with the death of Communism, history had come to an end.[2] This somewhat fanciful, and presumably intentionally provocative, formulation was derived from Hegel, and it has generally been misinterpreted. He did not mean that things would stop happening— an obviously preposterous proposal. 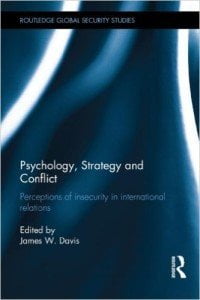 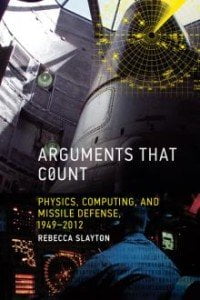 Rebecca Slayton has given us a very informative and original study of the relationship between science and public policy in her book, Arguments that Count: Physics, Computing, and Missile Defense, 1949-2012.  The author shows how the theoretical and applied science paradigms of two different disciplinary communities, physicists and computer scientists (which includes software engineers and developers), have influenced their contributions to the development and deployment of various stages of missile defense from the early Cold War to the present.  Dr. Slayton indicates that neither of these professional communities was of one mind

International monetary policy is usually not a topic that lends itself to both intense academic interest and a popular general audience. Benn Steil’s The Battle of Bretton Woods, however, is clearly an exception to this general rule. As William Glenn Gray points out in his review, in less capable hands the wartime monetary negotiations that established the foundation for the postwar economic order can make for quite tedious reading. But Steil breathes new life and controversy into a familiar story by emphasizing the intellectual and political clash between John Maynard Keynes and Harry Dexter White. In stark contrast to the still-common vision of American and British officials cooperatively designing a postwar economic order that would avoid the problems of the interwar era, Steil’s book highlights the competing national interests and power struggles between the two nations, as personified in the struggle between Keynes and White.