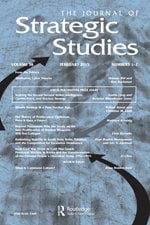 In this smart, provocative piece, Austin Long and Brendan Rittenhouse Green issue a ringing challenge to the conventional wisdom about the viability of secure, second-strike nuclear forces. As they note at the outset, “the ability of a nuclear force to absorb a preemptive attack and nonetheless retaliate with enough weapons to cause unacceptable damage” is “one of the central concepts in nuclear analysis” (38). The combination of an exponential increase in firepower[2] (such that all that came before was deemed ‘conventional’) and secure, or survivable, long-range airpower (land- and sea-based intercontinental ballistic missiles, specifically mobile ICBMs and SLBMs) has long been thought to render nuclear weapons revolutionary.[3] Indeed, scholars and analysts who focus on nuclear politics and strategy and the historical development of military power and strategy, particularly on military revolutions,[4] have embraced the notion of a nuclear revolution.[5] However, Long and Green argue, second-strike mobile land- or sea-based ballistic missile nuclear forces are not as invulnerable to preemptive attack as some have assumed. “The United States,” they write, “has invested massive resources into intelligence capabilities for a first strike, including successful innovation in tracking submarines and mobile missiles.” (41). The heart of their piece is devoted to a systematically developed, carefully researched, well-documented account of the development of the Cold-War intelligence programs that enabled the United States to find and track relocatable Soviet nuclear assets (aka targets)—mobile ICBMs and ballistic missile submarines (SSBNs)—and the continuing post-Cold War development of intelligence capabilities in the hunt for mobile missiles. Long and Green’s bottom line, or “principal claim,” is that “American intelligence for counterforce operations has been far better than most knowledgeable experts have believed” (42).[6] In other words, intelligence, or the lack of intelligence, is not an obstacle to the employment of preemptive, first-strike, counterforce capabilities.