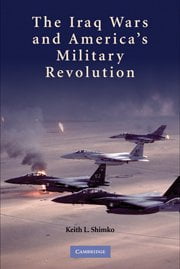 In January 1955, Michael Roberts, a Professor of early modern Swedish history, approached the podium at Queen’s University, Belfast, Northern Ireland. A veteran of the Second World War and post-war government service in Stockholm, he had been at the university for a year. Roberts was working on a biography of the warrior-king Gustavus Adolphus, and was exploring the reasons for his phenomenal success during the Thirty Year’s War. In this lecture, Roberts argued, tactical changes developed by the Dutch leader Maurice of Orange, during his war with Spain, not only changed the conduct of military affairs but exerted a profound effect on European and world history. Rather than simply narrating events, as was the standard method for most historians, Roberts sought to explain why these changes took place, what they meant in the immediate period, and what their long-term effects were. [1] It is doubtful Roberts realized the effect of this lecture, as it became a paradigm for understanding the nature of war and its effect on society.