Geoffrey Chapman, Hassan Elbahtimy, and Susan B. Martin test a framework for assessing the security implications of chemical weapons (CW) use in the twenty-first century in their recent Security Studies paper. The authors state that they were motivated by the erosion of a norm of disuse, commonly known as the chemical weapons taboo.[1] In this context, they assess the strategic and tactical utility of CW by the Syrian state as part of its ongoing civil war. Two incidents of CW use are analyzed in detail; one in which a nerve agent was used and another in which gas chlorine was employed. Overall this work has important implications for a more rigorous and better understanding of the use of unconventional weapons in modern warfare.

A famous Jewish joke tells of a pauper who used to buy food and drink on credit, without ever paying his bills. Finally, after one year of default, the innkeeper refused to serve him. The pauper, his face red, banged his fist on the table and said in an ominous tone: “if you leave me no choice, I’ll do what my father did.” The guests went pale. The innkeeper, too, was nervous about the threat. “And what did your father do?” he asked. “Well of course,” answered the pauper. “He went to bed hungry.” 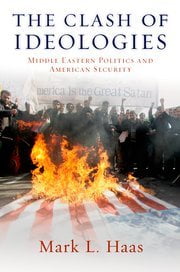