In this tightly-written and richly-sourced article, Rosella Cappella Zielinski and Kaija Schilde offer a theory to explain why some U.S. presidents have been able to make targeted military spending cuts according to strategic needs whereas others were forced into blunt across-the-board cuts to assuage entrenched domestic interests. Although developed from U.S. cases, the authors expect that their theoretical framework has generalizability to other countries.

No president has cast as much uncertainty over American alliances as Donald Trump. Despite the assiduous damage control of his rotating secretaries of State and Defense and national security advisors, comments from the chief executive matter; uncertainty has increased. Moreover, the unexpected willingness of the president to undertake direct, high-level contacts with North Korean leader Kim Jong-un are both promising and unsettling. Do these contacts augur peace on the peninsula? Or are they but another example of the long-standing North Korean effort to drive wedges between the alliance partners? And looming still larger over these questions is the role that China’s rise might have in determining the alliance’s future. Will it, for example, strengthen as China’s capabilities increase and become more threatening? Or will the desire to accommodate Beijing pull South Korea away from the United States? 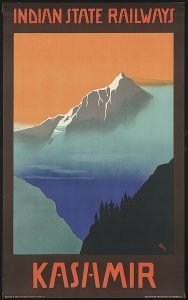 The relationship between war, taxes, and public opinion has long interested scholars of democracy and international security. In theory the fiscal costs of war should restrain leaders from starting them, especially if those costs are born by the public on whose support they rely. According to Sarah Kreps, however, American leaders have not been constrained in this way for decades. They have learned to find alternatives to the kind of war taxes that concentrate public attention. They have also fought prolonged wars with volunteer forces. No draft, no tax, no protest.