This history of “the legal imagination” (1) from 1300 to 1821 describes the evolution of legal thought about matters of international significance from the Middle Ages to the nineteenth century. These include the rise of the state, religious diversity, colonial and imperial expansion, and the shift from agricultural to commercial economies. Each of these developments gave rise to important controversies that were framed, at least in part, in legal terms. Legal arguments provided justifications for and against various projects, beginning with the centralization of state authority. Lawyers and legal thinkers – not all legal thinkers were lawyers – drew on existing legal and philosophical vocabularies that included customary and natural law, royal prerogative, Roman law, lex mercatoria, and the emerging discourse of rights. They also turned to the emerging sciences of physics and biology for arguments and examples. Old ways of thinking seemed inadequate as did many existing norms and practices. Lawyers and legal thinkers nevertheless for the most part built on existing vocabularies but used them in novel ways; they resorted to a kind of conceptual and linguistic bricolage that over time resulted in transformations.

The fundamental problem for insurgent groups is military poverty: they are weaker and poorer than the states they seek to overthrow. Efforts to increase their strength in numbers means exposing themselves to the state’s security forces. This creates a paradox: insurgents cannot radically revise the political status quo without growing, but the act of growing makes it more likely that they will be discovered and destroyed. The thing they must do to succeed increases the risks of disaster.

The editors of this special issue on NATO have put together a fabulous set of essays that contain a great many new insights and information about the alliance from leading scholars in this field. Covering both the Cold War and post-Cold War periods, the articles together shed light on how the alliance has managed differences, how it has adapted, and how it has grown, including through its post-Cold War enlargement to the East, one of the most consequential policy pursuits of the past three decades, and one that has generated a tremendous amount of intellectual, political, and emotional reaction.[1]

While global COVID-19 vaccination rates remain uneven and unequal, the resumption of safe and ethical in-person fieldwork has started to become possible in some parts of the world. As scholars begin considering and preparing for this, both new and seasoned field researchers would benefit from reading Stories from the Field: A Guide to Navigating Fieldwork in Political Science. This book compiles 42 reflections on an eclectic range of topics related to fieldwork. The eclecticism was by design, with editors Peter Krause and Ora Szekely inviting contributors to share their “best, most insightful stories and lessons” about fieldwork.[1] The result is a volume that is honest, wise, and deeply human. 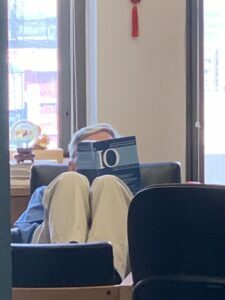 This is a very special issue of the H-Diplo/International Security Studies Forum (ISSF). Robert Jervis, the founder of ISSF and, in the judgment of the forum’s organizers, the most distinguished international relations scholar of his generation, succumbed to cancer this past December. As a way of honoring his memory, we wanted to give people in the field a chance to talk not just about his work, but also about what he meant to them personally, both as a scholar and as a human being.

After all the controversy, accusations, angry tweets, impeachment hearings, and conspiracy theories, how is the Trump administration’s Russia policy to be assessed? Russia consumed an unprecedented amount of domestic energy during Trump’s presidency, casting a shadow over the White House during the four years Trump lived there. And yet there has been scant systematic analysis of US–Russian relations under Trump, or of the troubled relationship he bequeathed to the Biden administration. With hindsight, the practical results of Trump’s Russia policy were less damaging internationally than was initially anticipated, but they had a pernicious and corrosive impact domestically that has survived into the Biden era.

On December 17, 2021, H-Diplo published a Forum on “the Importance of the Scholarship of Ernest May.”[1] I chaired the Forum and introduced the subject. The contributing essays were penned by Anne Karalekas, Francis Gavin, Daniel Sargent, and Niall Ferguson.

The classic international relations debate between realism and liberalism has long been seen as rather old hat, if not reactionary, by scholars who are interested in new ways of understanding IR.  Yet in a post-Cold War world of American unipolar preponderance this dusty debate has taken on a new and unexpected angle.

Teaching is often treated as the ugly step-child of academia.  Unloved, undiscussed, and often hidden from sight on the third or fourth page of one’s CV, teaching is typically relegated to an afterthought at the start of one’s career—a fact reinforced by how many graduate programs provide little to no training on how to teach.  Yet as Pedagogical Journeys persuasively argues, teaching remains one of the critical responsibilities of IR academics and, as editor Jamie Frueh reminds us, “teaching well provides a better chance to make a lasting impact on the world than disciplinary knowledge work” (4).[1]  When one couples this with the very real possibility of being employed in an institution where teaching is a primary focus, questions of pedagogy take on a new urgency and gravity.

In late August 2021, Afghans huddled in military airplanes amidst a massive evacuation. Crowds at the airport gates were denied access, then targeted by suicide bombers. These dramatic images encapsulate how security studies scholars typically view migration: refugees as a collateral consequence of conflict; innocent women and children in need of humanitarian assistance; asylum applicants vetted to filter potential terrorists. Too often, academics simply mirror how policymakers and the media talk about migrants as threats. Deportation flights filled with Haitians in September 2021 provide another recent example of imagery overriding analysis.[1]