Military alliances are a crucial and much-studied aspect of world politics. They are also a defining feature of US grand strategy. During its tenure as the leading state in the international system, the United States has assembled an unprecedented network of security relationships that extend across the globe, including its multilateral alliance with other members of the North Atlantic community, its bilateral alliances in East Asia and Oceania, and its informal but close partnerships with states throughout the Middle East. Indeed, these security relationships are regularly cited as a unique source of advantage in competitions with major power rivals, as well as a potential source of vulnerability for a hegemon hoping to avoid overextension. Understanding why alliances emerge, what form they take, and the roles they play not only is of interest to academics, therefore, but is also at the center of current foreign policy debates over deepening versus downsizing Washington’s commitments.

Robert Trager’s Diplomacy: Communication and the Origins of the International Order focuses on the role of communication in diplomacy with emphasis on the role of costless exchanges such as private discussions between two foreign policy ministers versus costly signaling such as moving troops to the frontier of an adversary or a drone strike on a hostile paramilitary force. Trager makes use of two related datasets from the Confidential Print of the British Foreign Office’s communications between 1855 and July of 1914 with emphasis on detailed case studies on significant historical events including the negotiations leading to the outbreak of World War I. 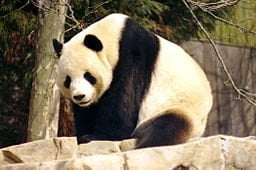 Adam Liff’s “Whither the Balancers? The Case for a Methodological Reset” and Ryan Griffith’s “States, Nations, and Territorial Stability: Why Chinese Hegemony Would Be Better for International Order” seek to re-examine several foundational concepts in international relations scholarship. Liff argues for a more conceptually rigorous and standardized specification of balancing that sufficiently accounts for contemporary state behavior. He does so considering reactions to China by what he terms “secondary states” in East Asia and taking on the body of literature that claims an absence of regional balancing in the wake of China’s rise. Griffiths aims to tackle the issues of self-determination and order, which are fundamental to the existing international system and the study of international politics. He proposes that a globally dominant China that continues to insist on its strongly-held preference for territorial integrity is likely to result in a decline in violence from secessionist movements.