While campaigning for President in 2015 and 2016, Donald Trump never missed an opportunity to attack the major foreign policy achievement of President Barack Obama: the Joint Comprehensive Plan of Action (JCPOA), an agreement reached between the Islamic Republic of Iran and the United States, European Union, China, and Russia in June 2015 that halted Iran’s development of nuclear weapons in exchange for relief from economic sanctions. Criticizing the deal had been popular among Obama’s detractors, but Trump’s denunciations were particularly vociferous. “My number one priority,” he declared, “is to dismantle the disastrous deal with Iran.”[1] He called it a “terrible” deal, one negotiated “in desperation,” which he vowed to rip up as soon as he took office.[2] Iran came up, again and again, as yet another area where the Obama Administration had surrendered U.S. interests and initiative.

As the Trump administration’s second year in office rolls onward, what is the state of the transatlantic alliance? Writing for H-Diplo last year, I argued that Trump’s first year in office saw the emergence of a “Trumpian NATO policy.”[1] In brief, this policy encompassed significant continuity with the substance of prior U.S. policy towards NATO, coupled with highly conditional U.S. rhetorical backing for the transatlantic relationship. As Trump—in a break from his campaign rhetoric—emphasized through mid-2017, NATO provided value to the United States, even as he suggested the United States might exit the alliance should its allies not agree to U.S. demands in intra-alliance discussions. 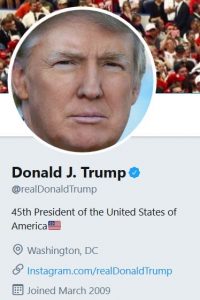