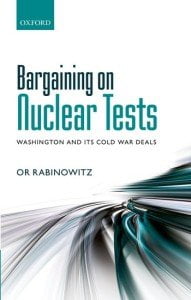 Preventing sovereign states from acquiring and deploying a military technology that all but guarantees their security is beyond difficult. Early in the nuclear age, many United States policymakers and analysts thought that nuclear nonproliferation efforts were, at worst, impossible, and, at best, too costly. Despite this pessimism, the U.S. has made nuclear non-proliferation a priority of American grand strategy since 1945, and has been willing to pay a high price, ranging from breaking its tradition of no permanent peacetime alliances to pressuring Cold-War allies such as West Germany and South Korea while cooperating with a bitter geopolitical and ideological rival, the Soviet Union, to stem the spread of nuclear weapons. No one expected these nuclear nonproliferation policies to be easy or completely successful. If you had told even the most optimistic American decision-maker in 1965 that half a century later (2015) no nuclear weapons would have been detonated against another state, either in anger or by accident, and that the number of states possessing nuclear weapons remained in the single digits, they would have been overjoyed (and likely would have thought that you were crazy).